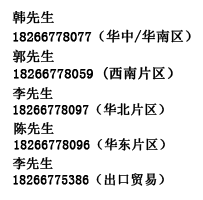 Dr. Shi Xiaodan is currently the general manager of Dongsheng New Materials. After returning to China in 1996, he has devoted himself to promoting the development of coating technology in China's paper industry. While actively developing the enterprise, Shi Xiaodan also continues to contribute to the economy, culture and development of Shanghai. As one of the initiators, he founded The Chinese Association of Engineers studying in France, built a bridge to actively contact outstanding overseas students working in France, Shared entrepreneurial experience with his own experience, and led Entrepreneurs from Shanghai to France to negotiate and promote Sino-French economic cooperation. Due to his achievements in scientific research and foreign exchange, he has been awarded as Shanghai Leading Talent, Shanghai Outstanding Academic Leader, Shanghai Most dynamic technology entrepreneur and many other honors. As a representative of foreign experts in China, he attended a symposium of foreign experts in Beijing in 2016, where he was cordially received by Premier Li Keqiang and offered Suggestions on the transformation and upgrading of Chinese manufacturing and attracting overseas talents to China for innovation and entrepreneurship.

Under the leadership of Dr. Shi Xiaodan, Dongsheng New Materials adheres to the strategic policy of green and sustainable development. After years of hard work, Dongsheng New Materials has helped China's paper industry rapidly improve its coating technology, and has grown into a leading enterprise in China's paper chemicals industry. The scientific research team led by Him focuses on the product development of various new environmental protection materials, and has accumulated more than 320 patents authorized by the state up to now. The company has been awarded "High-tech Enterprise", "National Intellectual Property Demonstration Enterprise", "China's Top 100 smes Innovation", "Shanghai Special new Enterprise", "Shanghai Brand Enterprise", "Xuhui District President Quality Award" and other honors.

During the outbreak of the new champions league, Dr ShiXiaoDan first organization employees by making donations, cross-border dongsheng new materials procurement, research and development of science and technology and social spontaneous into a variety of ways such as disease resistance, and mobilize various resources to promote work and production, the stable development of dongsheng new material not only involve themselves, more actively to social responsibility into the development of the enterprise, strive to become a social an important force on the path to the future better, promote the enterprise transfer to the good and positive energy to beauty.

The honour has come, and the duty is upon us. Dr ShiXiaoDan will this a heavy honors as the Shanghai municipal people's government of the affirmation and the direction for the future of the antecedent work of his guidance and power, he will continue to lead the dongsheng new material striding forward, adhering to the enterprise values and the green concept of sustainable development, in technology economy, foreign exchange, the ecological environment, and other fields, contribute more power for the development of Shanghai.